Smaller Eucalypts for Planting in Australia 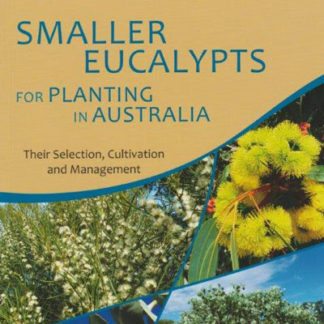 This item: Smaller Eucalypts for Planting in Australia 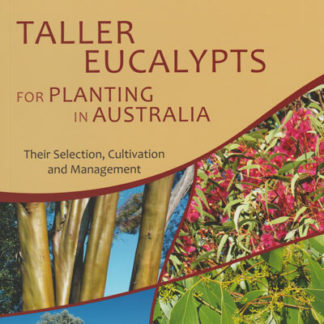 1 × Taller Eucalypts for Planting in Australia

8 in stock (can be backordered)

For each of the 84 species included in this book, a double-page provides the following information:

Researched, designed and written for anyone interested in the identification, selection, growing, management, and appreciation of eucalypts in gardens, streets, parks and on farms.

Dean Nicolle has been interested in Australian plants from childhood.  By the age of 16 he was devoted to seeing in the wild, and attempting to grow, every known species of eucalypt.  He is qualified with a Certificate in Horticulture, a Bachelor of Applied Science and a Bachelor of Science (Honors in Botany) and a Ph.D. in eucalypt systematics.

Dean has established a career as a consultant arborist, botanist and ecologist, specialising in eucalyupts.  He has named over 60 new species and subspecies of eucalypts and has written more than 50 scientific articles and a number of books on the eucalypts.  He established and runs Currency Creek Arboretum, a specialised eucalypt research arboretum south of Adelaide, where he is growing over 800 eucalypt species, collected from all over Australia.

In 2015, Dean was awarded the inaugural Bjarne K Dahl Medal for providing an outstanding contribution to eucalypt conservation and education.